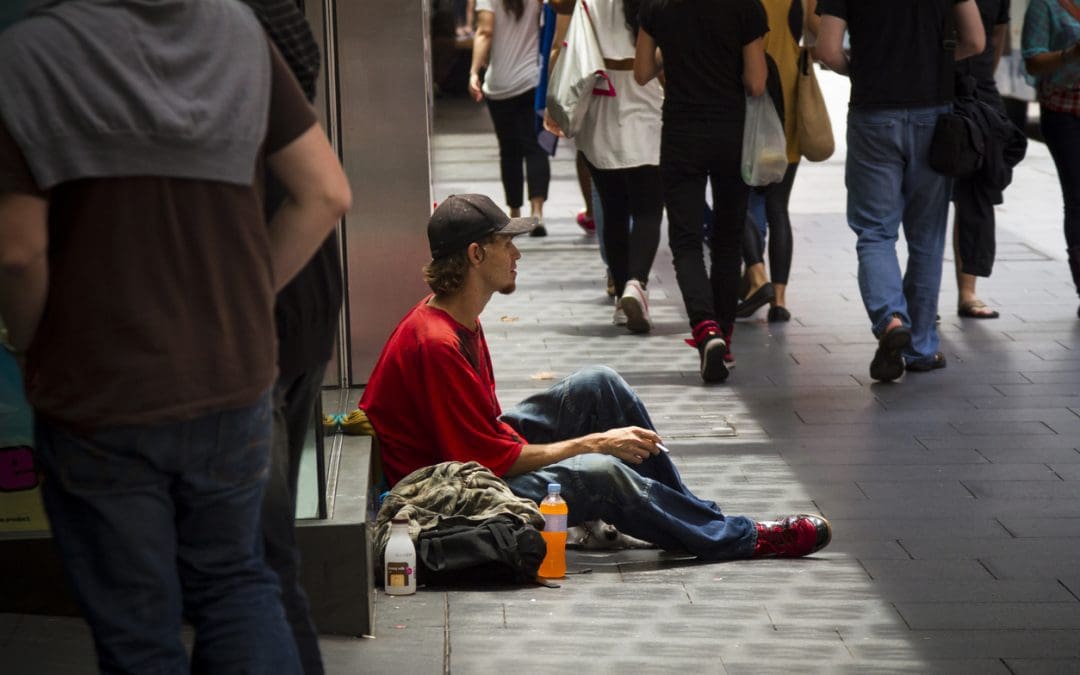 Having a CEO sleepout might sound like something you wouldn’t see the head of a company do, but it’s worth it when it’s for a good cause like homelessness. Here at Visionair Photography, our CEO (Jim Moustakas) is going to take part in a project called Vinnies Sleepout. It’s a cause he and our company support in full, though it’s also a call for a new photo project.

The initial goal is to raise $5000 for the St. Vincent de Paul Society here in Sydney to give toward helping those who live on the streets. During the one-night sleepover on city streets, Jim is going to capture the event with his camera.

Many other CEO’s are taking part in Vinnies Sleepout, but Jim wants to prove how much of an eye-opening experience this is going to be for all involved. One night on the streets is only a small fraction of what the homeless in Sydney have to experience. Nevertheless, Jim wants to showcase the realities.

With Visionair Photography, we’ve continually tried to capture businesses in the best possible light, often literally. Part of this comes through our attention to drone photography and our approach to lifestyles. In the latter case, we strive to capture real life in the business world to provide more realism rather than stuffy headshots.

For Vinnies Sleepout, Jim plans to use the same approach to show what it’s really like to sleep on the streets.

A Photographic Preview of the Sleepout

On April 18, Jim captured the opening event of the sleepout through a series of daytime photographs. You can find those photos at the bottom of our donation page.

As you can see, this already brought a significant turnout, including various CEO’s speaking about the hurdles in Sydney’s homelessness challenges. While this was just the opening event, the sleepout is going to occur on June 21. When this happens, hundreds of business, community, and government leaders are going to sleep rough to help combat homelessness.

Thanks to Jim’s involvement, we can only imagine what essence he’ll capture through his photographic prowess.

Taking photos at night is already magical, but taking this to the streets of Sydney in a homeless camp captures a whole other atmosphere.

It’s quite different taking photos on a street in the a.m. hours when you have no heat or food available. For many homeless people, this can also mean more vulnerability to being a victim of crime.

Jim plans to capture all of this and what each CEO will experience during the 24-hour event. He’ll capture his own experience as well, with an intention to place his collection of photos on our website’s “Projects” section.

What’s so great about this event is that it’s being held not just in Sydney, but also in many other prominent Australian cities. These cities range from Adelaide to Wollongong.

Making a Bigger Impact This Year

You don’t have to hold a CEO designation to donate money. Simply go to the donation page above and donate as much as you can. Donations from everyone are always welcomed.

Since Jim will have three photographers with him, the intention is to capture real stories, which is how you truly learn about homelessness in reality.

If you donate, it’s important you see the impact your money makes to help many homeless men, women, and children here in Sydney. We’re hoping the photos we capture aids in telling these stories more compellingly.

Most of all, we want to capture other CEOs experiencing this event and how they’ll transform in understanding what homeless people go through when in their position.

Visit us at Visionair Photography to learn about our photography expertise and more about our Vinnies Sleepout participation.