Behind the Scenes at TEDxSydney From a Photographers Perspective – Part 1 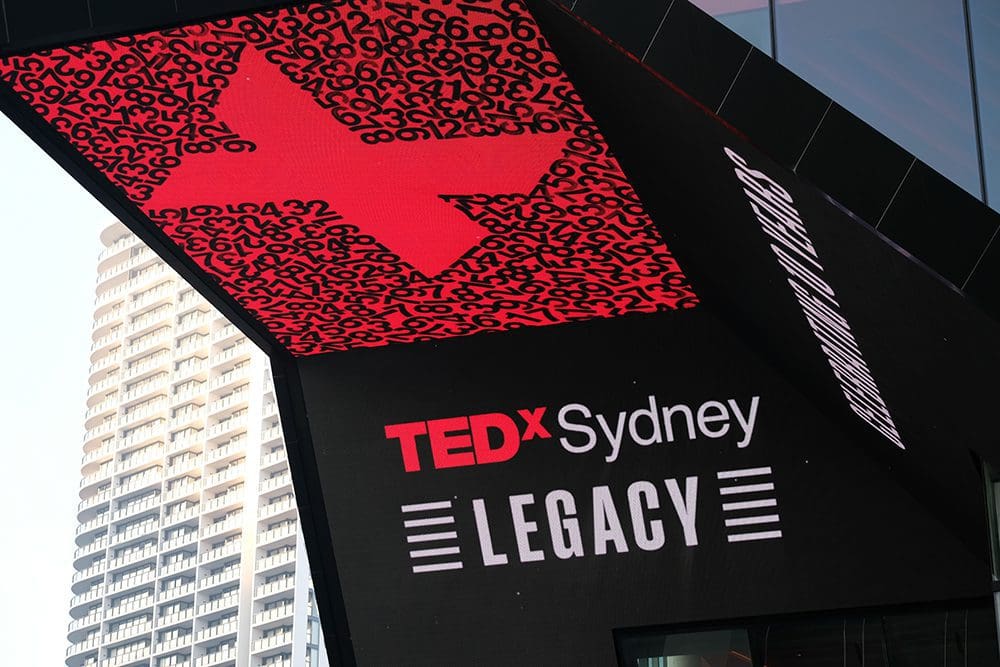 Growing up with YouTube as part of the daily entertainment in Australia, it’s quite difficult not to see the famous TED talks from around the world. The talks, often by famous or accomplished individuals, are always inspiring and full of wisdom. So, when receiving an email from Visionair Media asking if I would like to photograph TEDxSydney 2019, I couldn’t help but be excited.

How could I refuse to photograph such an iconic event? With my reply email securing the job, I received my brief to capture behind the scenes at TEDxSydney from a photographers perspective.

The day before the event arrived and after meeting with Jim Moustakas, Director of Photography, Visionair Media and Christopher Carter, Marketing Manager, Visionair Media, I joined a horde of photographers for an induction session. At this time we were whisked around the circle maze which formed the inner belly of the ICC theatre located on Tambalong, the land of the Gadigal clan of the Eora Nation (Darling Harbour).

With a start time of 6.30am on Friday, 24th May there was just enough time to read through the twelve-page photography brief after induction before getting some sleep.

The Day of TEDxSydney

Upon arriving and traversing my way to the media room, I quietly set up my photography gear and then proceeded to familiarise myself with the surroundings of the building, starting from the exterior.

Entering from the VIP entry, the registration booth, I allocated some time to familiarise myself with some of the speaker’s names while taking some photos of the volunteers and what seemed like a barrage of badges.

Then, turning left and right many times through endless corridors, I made my way to what many might refer to the green room. However, considering the scale of TEDxSydney, there was, of course, more than one room.

There were rooms dedicated for the media which included a few videography crews and two photography editing stations, plus there were artist liaison, hair and makeup, practice rooms, VIP rooms, dressing rooms and of course the green room where there was a plethora of delicious food and hot drinks to fuel the day.

Photographing Behind the Scenes

During each room visit, I familiarised myself with the personnel before venturing behind the main stage door into the technical world backstage. Here the lighting was dark with a blue fluorescent glow. Like most backstage lighting, the reason for the odd colour was to emphasise the yellow highlighter which peaked on run sheets under the ‘nightclub’ atmosphere. The crew behind the scenes didn’t seem to mind though as their multiple work stations (with some individual stations including up to six laptops) included rope and fairy lighting. The whole feel of the backstage area had its unique energy and a cheeky spirit of excitement.

Photographing in these conditions was going to be a challenge, but ultimately with a lens capable of shooting in low light plus a stabilised sensor, handheld images weren’t going to be too much of a worry. The general lighting was also going to help in creating an abstract look in portrait shots.

The Sydney ICC Theatre didn’t disappoint. Regardless of where you were seated, either in front row seats or the farthest seats from the stage, the atmosphere was electric. Being so close to the iconic circular red stage was mesmerizing. The mood lighting covered the audience in the trademark TED red, so photography was challenging, but with rather large tweaks to the camera’s white balance, individuals in the audience maintained an average colour temperature.

With full access to all levels of the theatre, I made my way from backstage to every level various times. I wanted to capture the crew in their environment and see the positions they were photographing from. Each Visionair Media photographer brought their own experience and unique style of shooting. From long shots, mid shots to wide shots no two photos were the same.

Behind The Scenes of the TEDxSydney Hub 2019

The exhibition building, located a short walk from the main theatre, hosted an array of activity. Themed stations scattered the exhibition floor; they were referred to as ‘tribes’. They included the Business Hive, Travel and Connection, Education and Learning, KPMG CoLab, Original Creators, Storytellers, TEDxSydney, Sustainability, Body Mind & Soul, Veterans, Creative & Curious and LGBTIQ. Each tribe burst into activity whenever there was a break in sessions in the main theatre. The noise of conversation, dance beats and laughter fill the entire space.

Photographing the busyness of the Hub was a challenge. The delicious food, live events and conversations made interesting compositions wherever you turned, but everything happened so quickly. The joy, laughter, friendship, communication and interaction with brands was fascinating to watch, especially through the viewfinder. From what I witnessed, the four photographers covering the Hub did a fantastic job in a challenging environment.

The memories from the day are now firmly etched in my photographic memory. From witnessing the hardworking crew in the background to the dedicated event staff, I know TEDxSydney was and is something special – especially in its tenth year.

In the soon to be released part two of this recital, I will explore the photography coverage, image processing procedure, the social media team and my experience of capturing the speakers behind the scenes.